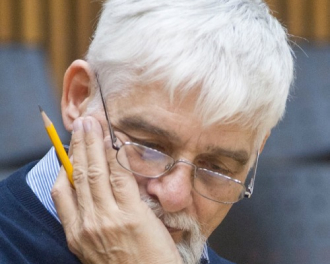 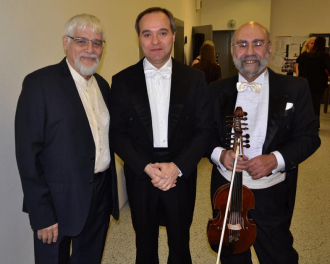 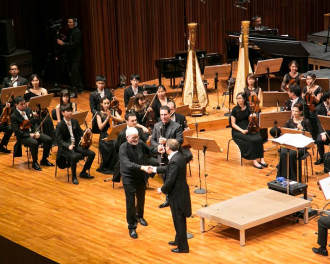 Harlap is widely known as an orchestral, operatic and choral conductor and has appeared as guest conductor with orchestras and opera houses in Canada, the USA, Europe and South Africa. His own compositions have also been performed in all of these countries, including works for choir, chamber ensembles and symphony orchestras. In Israel he has appeared as guest conductor with most of the major orchestras, including the Israel Philharmonic, the Haifa Symphony Orchestra, the Israel Sinfonette Beer Sheva, the Kibbutzim Chamber Orchestra ,the Israel Chamber Orchestra and the Jerusalem Symphony Orchestra.

In 1979 Harlap was awarded a prize for his oratorio The Fire and the Mountains in an international competition on the subject of the “Holocaust and Rebirth ” (text: Israel Eliraz). In 1983 he was the recipient of the ACUM prize for “Three songs for mezzo-soprano and symphony orchestra” set to poems by Leah Goldberg and Yehuda Amichai. In 1993 he won the Mark Lavry Prize for Composition, awarded by the Haifa Municipality, for his choral-orchestral work : “For dust you art, and to dust you shall return” (Genesis III).

In 1997 Harlap’s opera Thérèse Raquin (based on the Emile Zola novel of the same name with libretto by Dana Gur) won a prize sponsored by the New Israel Opera, and in the same year he also received the ACUM Prize for his Clarinet Concerto, dedicated to Orit Orbach. In 1999 and 2014 he received the Prime Minister’s Award for composition, and in 2004 the ACUM Prize again, this time for his Bassoon Concerto, dedicated to Uzi Shalev, principal bassoonist of the Israel Philharmonic Orchestra. The opera Therese Raquin was performed (May 2005) at the annual Israel Festival, and received public and critical acclaim. A CD released in 1997 by the Haifa Symphony Orchestra, conducted by Stanley Sperber, included Harlap’s Symphony No. 2, L’Oiseau de la Guerre (Bird of War), which was inspired by the painting of that name by Dutch artist Hans Hogendoorn.

2002 saw the world premiere of The Divine Image by the Illinois Symphony Orchestra conducted by Kenneth Kiesler, at that time music director and principal conductor of the orchestra. The work is written for soprano, mezzo soprano and baritone soloists, choir and symphony orchestra, and based on texts from William Blake, Psalms and Isaiah. Other Harlap works performed by Kenneth Kiesler and the Illinois Symphony Orchestra include the overture “Anniversary” and an orchestral suite based on Hanukah songs entitled Music for the Festival of Lights. These works have also been performed throughout the years with other orchestras in the USA as well as in Israel . The “Anniversary” overture was performed several years ago by the Rishon le Tzion orchestra of Israel and their music director, Dan Ettinger.

In 2001 Harlap was invited to Hungary to conduct the Dohnanyi Symphony Orchestra in Budapest. Among other works, the program included Harlap’s Clarinet Concerto and Pictures from the Private Collection of God , a song cycle for soprano solo, oboe and strings, composed to texts by Yaakov Barzilai, a Holocaust survivor originally from Hungary. The work met with great success, following which Harlap was again invited in 2003 and 2004 to conduct the Solti Chamber Orchestra, which again performed the same song cycle as well as another Harlap work based on texts from Psalms – a song cycle for soprano solo, clarinet and strings. Recently Hungary’s MAV orchestra performed another song cycle by Harlap: “My father will no longer bless the bread” also set to poems by Yaakov Barzilai and conducted by the Israeli conductor Yaron Gottfried.

Harlap’s opera Wings, composed under the auspices of Mifal Hapayis (the national lottery) and based on the writings of Gibran Khalil Gibran, received its world premier performance by the Israel Chamber Orchestra at the end of January 2005 under Harlap’s musical direction.

In the 2005 season, the Israeli Philharmonic performed the world premiere of the Bassoon Concerto which received the ACUM prize in 2004. The work was composed for the orchestra’s principal bassoon player, Uzi Shalev, and was also performed by him. The conductor was George Pehlevanian.

Harlap has represented Israel as an international choral adjudicator at the World Choir Games (Interkultur) that are held every two years. Harlap has been an adjudicator beginning in Busan, Korea; followed by Xiamen, China; Bremen, Germany; Shaoxing, China; Graz , Austria ; Riga, Latvia; Sochi, Russia; Cincinatti, Ohio; and in 2018 in Tshwane, South Africa.

Aharon Harlap’s viola concerto was dedicated to the international violist Rivka Golani. The work received its premier performance in Budapest, Hungary on May 20, 2007 with the Dohnanyi – Budafok Orchestra, Budapest under the direction of the orchestra’s music director Gabor Hollerung. The Israeli premier was performed on Sept. 17, 2007 in Haifa, Israel with the Haifa Symphony Orchestra. The soloist was once again Rivka Golani, and was conducted by the composer.

Aharon Harlap received the “Life Achievement Award” in 2008 from ACUM (Composers’ and Authors Organization of Israel) for his life’s contribution to music in Israel as a composer, conductor and teacher.

Harlap’s second piano concerto’s world premier was performed at the “Sounds of the Desert” Festival at Sde Boker in Israel on December 21, 2008 by the Israel Philharmonic orchestra, conducted by Omer Wellber. The piano soloist was Nimrod David Pfeffer.

On October 17th, 2009 , Harlap’s song cycle for soprano solo and chamber orchestra “Out of the depths have I cried unto Thee O Lord”, received its world premier with the “Israel Sinfonietta Beer-Sheva” at Beer-Sheva, Israel. The soprano soloist was Sharon Rostorf-Zamir and was conducted by the Orchestra’s Music Director and Principal conductor Maestro Doron Salomon.

On December 6, 2009 , Harlap conducted his “Psalms” with the soprano soloist Sharon Rostorf-Zamir and the George Solti Chamber Orchestra in Budapest, Hungary.

In November of 2010, The Israel Camerata, Jerusalem under the baton of their musical director Prof. Avner Biron, performed the world premier of “Sinfonia Breve” in eight performances throughout Israel.

Harlap’s “Concerto for Orchestra” received its world premier with the Dohnanyi-Budafok Symphony Orchestra, conducted by the orchestra’s music director Gabor Hollerung on Jan. 14, 2012.This was also performed in 2016 with the Israeli Rishon le Tzion orchestra at the annual Israeli Music festival , conducted by Yuval Zorn.

1. Itamar – a children’s suite for flute and string orchestra (dedicated to and named after Harlap’s grandson Itamar).

On February 23rd, 2014, Harlap’s concerto for 2 pianos and symphony orchestra was performed at the Conservatoire in St. Petersburg, Russia with the duo pianists Tami Kanazawa and Yuval Admony.

Harlap’s 2nd clarinet concerto will have its premier performance in Budapest, Hungary with the Dohnanyi – Budafok Symphony orchestra, conducted by the orchestra’s music director, Maestro Gabor Hollerung. The soloist, to whom the concerto is dedicated will be Bence Szepesi (Hungary).

A recent work, a Magnificat for mezzo-soprano and baritone soloists, chorus (SATB) and piano (chamber orchestra) had  its premier ( 2017) with the Kefar Sava Chamber choir and soloists Nitzan Alon (mezzo-soprano) and Yair Polishuk (baritone), conducted by the composer. The Magnificat was performed again with the same soloists and choir on November 24, 2018 at the Emmanuel Church in Yaffo, Israel , with accompaniment by the organist Arin Maisky.

In April 2019 the concerto for soprano and alto recorders and string orchestra was performed by the Camerata-Jerusalem Chamber Orchestra in Israel, conducted by Paul Goodwin (England). The soloist was Bracha Kol, (Israel) , the well known recorder player and mezzo-soprano.The concerto is dedicated to Bracha Kol in loving memory of Harlap’s dear friend Gershon Prensky.

On May 21, 2019, the REQUIEM was performed once again in Jerusalem (at the YMCA auditorium). This time with the Jerusalem Oratorio Choir (150 singers). The soloists were Adaya Peled (soprano) and Yair Polishook (baritone), the Jerusalem Street orchestra (music director: Ido Shpitalnik) and conductor: Dor Magen.

All of Harlap’s major compositions are published by the Israel Music Institute (IMI) and Or –Tav Publications.